Life in the Camp

Tuvia believed that he should help as many Jewish people as he could.  He showed this belief through his leadership during the holocaust.  Tuvia rejected no Jewish people regardless of age, health, or whether they were armed or not.  Tuvia was feared among local peasants whom he stole from.  Tuvia made sure that they only took what they needed and that they did not steal all of the peasants goods.  The Germans started hunting the Bielski partisans and offering rewards.  Anyone who brought Tuvia  to the Nazis would receive 100,000 reichmarks (currency of Germany(1924-1948) as a reward.  Due to this, Tuvia had to increase security in the otriad. Tuvia installed border guards and he often had to move the camp from place to place. 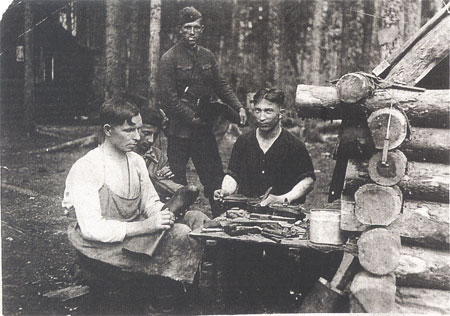